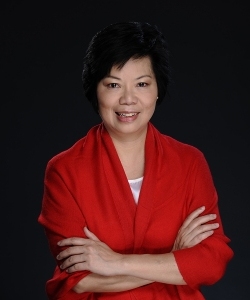 Rebecca traveled with Bert Hellinger on his First Asia Tour in 2002 and later in 2003, which included workshops, supervision, and training in China, Japan, Taiwan, and Hong Kong. This opportunity brought about a deep and profound understanding of Hellinger’s latest developments and his work in different cultures. She contributed articles about her learning and observations, published in the International Systemic Constellations journal in English, and translated into German.

Rebecca has been facilitating Systemic Constellations globally since 2001 and is often invited as the speaker at the International Conferences. Her caring, authentic, and gentle style, and sometimes authority style have captivated people worldwide.

Countries she conducts the training, and seminars include:

She hosted an Interactive Television program ''Relationship 360°'' in Hong Kong and invited as “Special Psychologist” to present Family and Systemic Constellation works over 28 episodes on one of the prime television programs in China.

Before becoming an International Systemic Constellation Facilitator, Rebecca has had over 16 years of experience in Corporate Management and Consultancy. She had managed the Information System group in eleven countries in the Asia Pacific, taught Information Systems at the University of Hong Kong and the Hong Kong Chinese University.

Rebecca is gifted with the intuitive quality that makes her work exceptionally powerful. Participants in her workshops have given comments such as "Rebecca is a deep and connected master of her craft... her manner is at once effective, considerate, insightful…” and "Rebecca is very perceptive and I felt she was communicating with each one even without speaking".

Lately, Rebecca also focuses on new methods using a Sentence of Intention as a starting point. This is a self-encounter method, very quickly reveals the deep unconscious structure behind any situations, it is great for personal developments and business strategies.